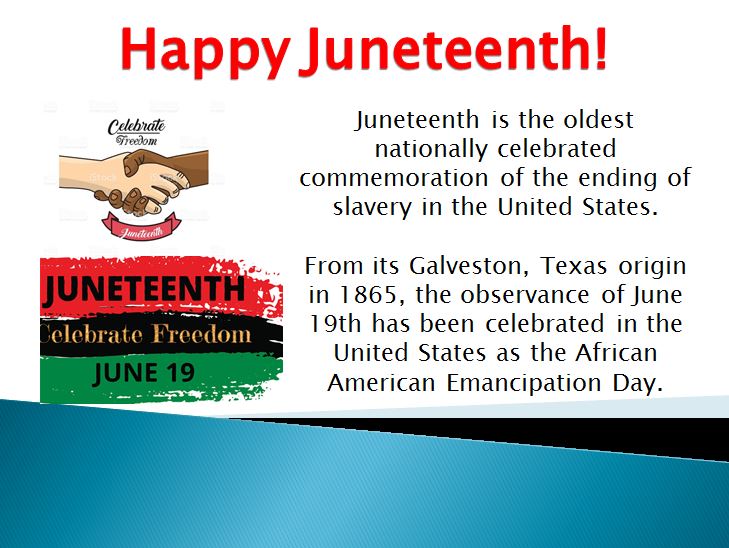 Today, millions of Americans across the country will come together to celebrate Juneteenth, the oldest nationally celebrated commemoration of the ending of slavery in the United States.

From its Galveston, Texas origin in 1865, the observance of June 19th has been celebrated in the United States as the African American Emancipation Day (or Freedom Day).

“As a Nation, we vow to never forget the millions of African-Americans who suffered the evils of slavery,” President Donald Trump said in a statement Tuesday recognizing the holiday. “Together, we honor the unbreakable spirit and countless contributions of generations of African Americans to the story of American greatness. Today we recommit ourselves to defending the self-evident truth, boldly declared by our Founding Fathers, that all people are created equal.”

At ITC, we are proud to recognize this monumental day in both our Columbus and Phoenix plants and will continue to defend our nation’s true fundamental values.